Valora is a female-fronted rock band from Whittier, CA. The band has already seen great success including touring with 10 Years, being featured in Breaking Benjamin’s single “Blow Me Away”, and releasing their own Comics created by Ahmet Zappa.  Majestic Lion Entertainment got the oppurtunity to talk with Valora’s beautiful and talented lead singer, Syd Duran. Check out what she had to say about the band, their new album, inspirations and more.

BM: You have a beautiful voice. How long have you been singing?

Syd: Thank you so much. According to my mom, I was singing before I could form words as an infant. When I was 9 years old, I began formal vocal training.

BM: How did Valora come to be and how long has the band been together?

Syd: I have played with musicians under the name Valora since 2008. Before that, it was just me and my guitar on a journey to create music people love, and find dedicated, talented musicians that shared the same vision.

BM: The band name is unique. How did you come up with the name Valora?

Syd: I was browsing through a website about pirates (just for the hell of it) and came across a story of the most bad ass female pirate ever! I was intrigued by the fictional character and read all about her life. What I gathered from her story was a desire for strength, valor, and empowerment. That is what Valora, the pirate girl, and the rock band, represent.

BM: What is it like having your sister in the band with you?

Syd: It’s fun. I’m the oldest of 5 and miss my siblings so much when we’re on the road. It’s nice to have Taelor with me always. We’re very close, and rarely disagree on anything. In addition to her companionship, she is an absolute necessity for our live show. I think the audience enjoys the sisterly interaction on stage, and her vocals are killer!

BM: You mentioned on a facebook status that Pearl Jam was a huge influence on your early songwriting years. Are there any other bands that inspire you?

Syd: Since my voice was my first instrument, I’m inspired most by strong, one of a kind vocalists. Chrissie Hynde, Jeff Buckley, Patti Smith, Jack White, Matthew Bellamy, Gwen Stafani, Chris Cornell and Chris Daughtry are among my favorite singers.

BM: You have talked about Amy Lee from Evanescence being someone you look up to. May I ask what it is about her that you find inspiring?

Syd: Growing up, there was really only one iconic female in rock music. Yes, that is my opinion, and there are many other great female rock singers that broke around that time as well, but I believe Amy Lee had to be a huge influence on all of them. She paved the way for theatrical rock to become popular among young people.

BM: The Valora fans that I have talked to have all mentioned how inspiring you and your lyrics are to them. Do you have any advice for people with big dreams?

Syd: It’s so nice to hear that. Everyone is faced with trouble and sometimes tragedy. It brings me joy and fulfillment to know that I can inspire others. This first album came from a place in my heart reserved for people in need. I actually used the writing process as medication for my own sadness. My advice to people with big dreams is to never stop doing the thing you’re good at; the thing that makes you who you want to be. No matter what you are faced with, use your gift as an outlet.

BM: Valora recently performed at the Vegas Rocks Magazine Music Awards. What was that experience like?

Syd: It was a huge honor! The first couple of rows in the venue were filled with rock royalty and all their loved ones. It was amazing to be on stage and look out at the faces of rock n’ roll legends like David Coverdale, Sammy Hagar, John5, Michael Schenker and more! It was awesome to come from Las Vegas and watch the recording on our home DVR.

BM: Do you have any plans to go on tour soon?

Syd: Yes, we are hoping to head out with an awesome band in the active rock world starting in California this Fall. Yes, I know I didn’t say the name of the band. Stay tuned.

BM: You were featured on Breaking Benjamin’s “Blow Me Away”. How did that collaberation come to be?

Syd: I’ve been a huge Breaking Benjamin fan for years! I was ecstatic when I was asked to record vocals that would be featured on “Blow Me Away.” I guess that was an amazing perk of being on the same label with one of your favorite bands.

To see the rest of this great interview with Syd Duran check out www.majesticlionentertainment.com.

My name is Bryan Swann and I run this entertainment site, BareBones Entertainment. Based out of Dallas, TX we focus solely on the music, art, and other area of entertainment, and none of the gossip or fluff. That is why our motto is “All Entertainment, No Fluff.” Any bands or artists that may be interested in doing an interview please follow us on Twitter @barebonesent, or like our Facebook page and message us. 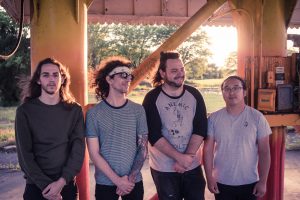 Q and A with Big Smile

Q and A with Novarium 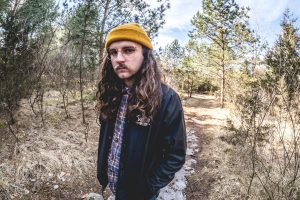